Darsana was born in 1970, in Toho, a beautiful and pristine hamlet in West Kalimantan (Borneo). The purity and beauty of the environment in which he grew up stimulated young Darsana to become deeply interested in visual arts, especially drawing, a hobby that became deeply embedded in his life even in adulthood. He has had his share of oversea travels and adventures. In 1977, Darsana served as an apprentice to a painter who installed in the boy’s young mind a solid foundation that later became essential to his artistic development. Connection is the clearest way to describe Darsana’s art. You can see the colors and different techniques being connected. Creating unity, without boundaries of space and time. Connection is a combination of the Latin con (with) and ecti (action movement, dancing). His paintings are a celebration of the inner dancing movement within.

The movements are not part of a chaotic explosion, but every single detail is connected to the next color, to the next calligraphy, to the next collage. Darsana shows in his work different ways of communication between every thing and every being. Looking at Darsana’s paintings is like talking to him without a word. Words are rational and limited in expression; colors and forms are not. They open new interpretations and for the viewer to create his own dialogue. The process of creation is rooted at the beginning of our universe. When no words existed, where only vibrations, establishing light, colors, and forms mattered. This process continued through time and it is still present in the expansion of our universe and is in us. Darsana indicates in his work that we are part of this creation, inviting the viewer to connect with life beyond questions, fears and desires, and rediscover that we have always been connected. 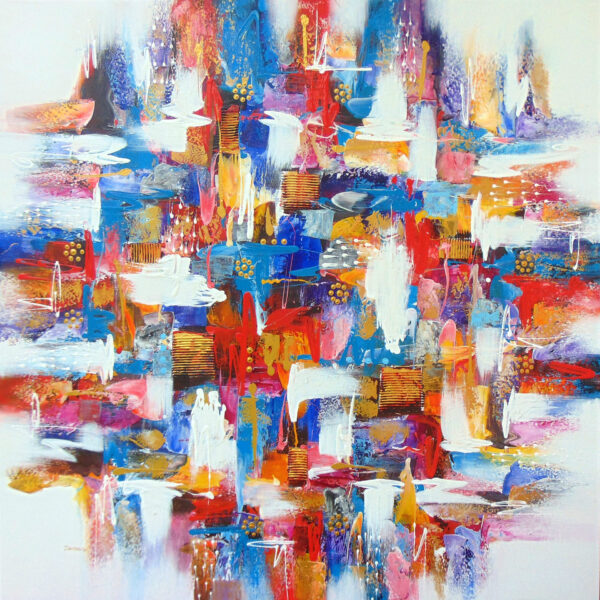 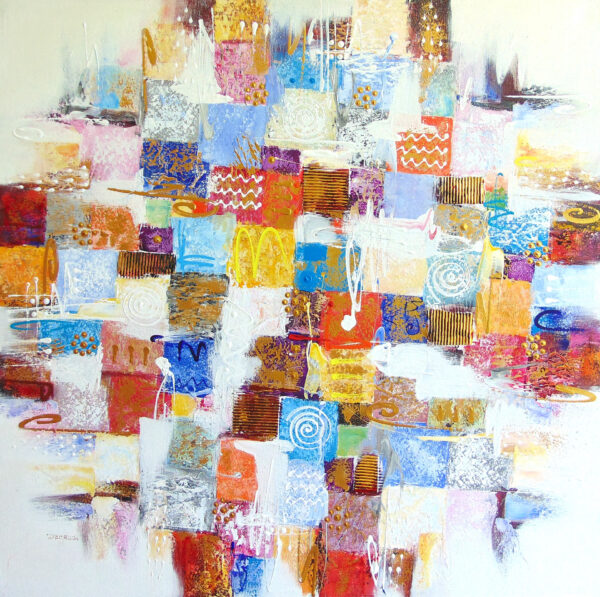 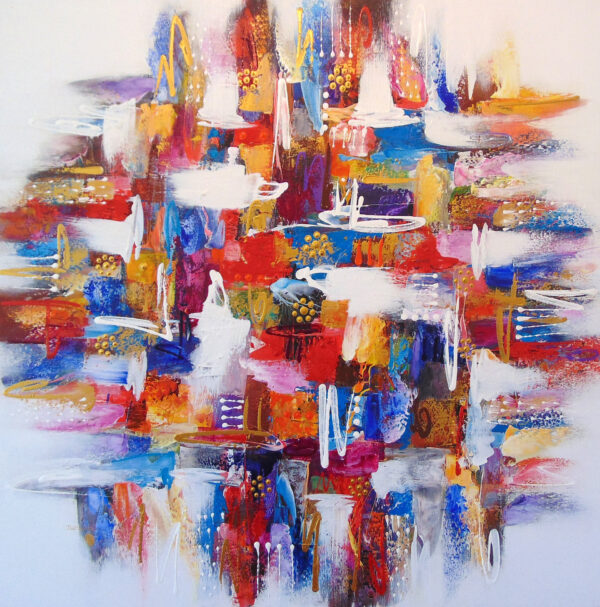 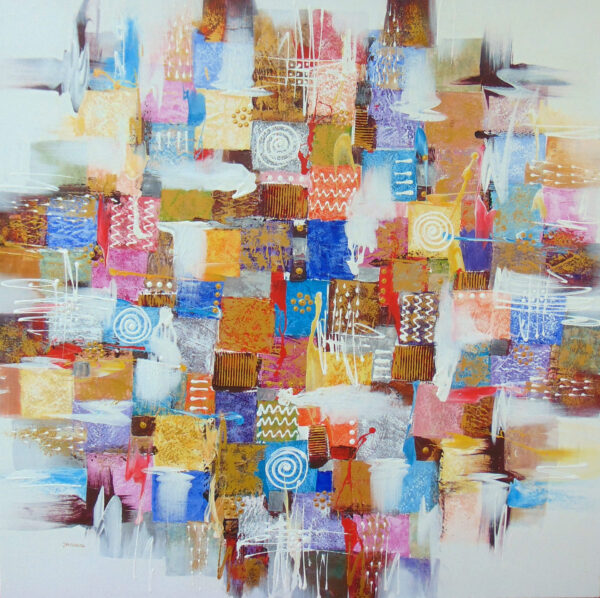 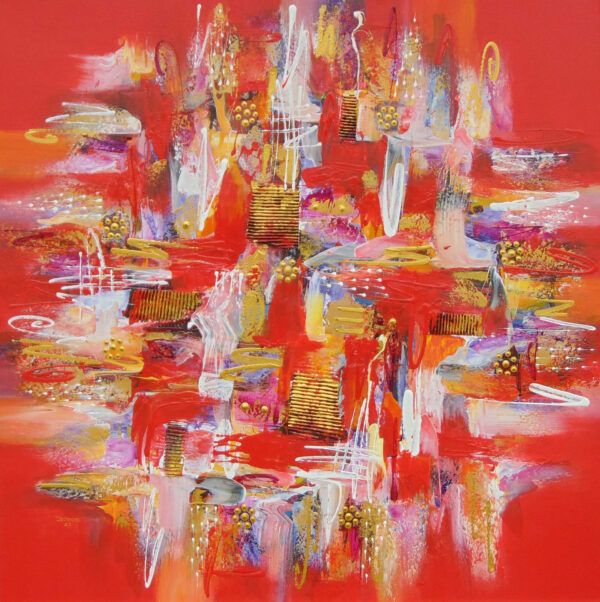